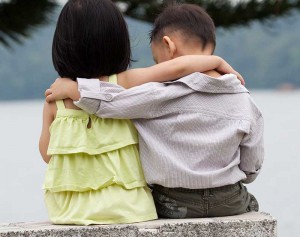 I’d like to tell you a story about the sudden, complete transformation of a radio performer. (And if you think this is only about radio, you’re forgetting that we now live in a media convergence world, where there is no more radio, television, print, or film. There is only media.)

Once upon a time, I programmed a very personality-heavy radio station. While everyone else was shutting up and playing the music, we were aggressively getting in the audience’s faces with lots of personality. We had record numbers for a radio station that had been around since Lyndon Johnson was president and we absolutely owned Men 25-54 in our market.

Every talent on the radio station was very high-profile.

Except for our midday guy.

He was (and is) a really smart, interesting guy who has an interesting and unique take on the world. Unfortunately, he wouldn’t share it. He’d regularly ask me what he could do to be a great personality, and I’d always say the same thing: “You’ve got everything you need to be great, so share yourself with your audience. Let them know you. Don’t hide behind a microphone.”

I always got the same response: “They don’t care about me. They just want to hear the music.” He couldn’t have been more wrong, but I didn’t think he’d ever drop his defenses long enough to find out.

One sentence changed everything. Instantly.

One day, he turned on the mic and (truthfully) told his audience that he’d be off for a few days. Then he said it:

The phones went wild, and his audience – the audience that he thought could not have cared less about him – deluged him with congratulations and good wishes. The calls weren’t just wildly supportive; they were compelling.

He was floored. He shouldn’t have been.

After a decade at the same radio station, the audience knew him, and they wanted to have a relationship with him. He just hadn’t opened the door to that relationship. Then, in one sentence, he shared one of the most common human experiences with his audience, and they let him know that they cared and identified with him in a big way. The door was blown open.

He came back from his honeymoon a totally changed performer.

He was still playing music, but he was also thinking of reasons to develop his relationship with his audience every day. The more he did that, the more listeners engaged with him and with the radio station. His ratings performance did exactly what you’d expect – it kept going up. He’s now quite happily doing a morning show (and programming) in a medium market that’s well known for its quality of life.

I know another radio performer who’s never had the problem of revealing herself on-air, and lucky for her, she’s a singularly interesting talent who always does things in an extremely interesting way. I worked with her early on in a million-plus market, and I’ve rather enjoyed watching her career move through three top-10 markets.

The two of them are very different people, but they have a few important things in common: they’re genuinely interesting people; they communicate what makes them interesting in interesting ways; and they’re not afraid to be their authentic selves on the radio.

What could those radio performers have in common with performers who “act”, always working off a script? A lot, actually.

In all forms of entertainment, there is virtually no such thing as a performance, whether scripted or unscripted, that doesn’t contain some essential truth about the person giving the performance.

You can’t give a great performance on stage, on camera, or on the mic without bringing your authentic self into public view.

I got an uncomfortable lesson in that myself recently. You see, I’ve had the unfortunate challenge of being on the air, twice in six days, in the immediate aftermath of the deaths of two rock music legends, David Bowie & Glenn Frey. When Glenn Frey passed, I ended up doing what became a very seat-of-my-pants four-hour tribute to both of them complete with unprepped free-form radio, lots of listener phone calls, social media engagement, a TV station filming in the studio, and plenty more distractions (including having to repeatedly announce the sad news to listeners who had just tuned in). When I listened to my on-air work later, I was horrified. I sounded remarkably unpolished; they were plenty of “uhs” and hesitations as I talked with listeners about the news. Then I realized something: the audience was plenty rattled by the news as well, and my discomfort was an accurate reflection of the mood of that moment.

Whatever you’re doing, you can’t have a relationship with your audience if you don’t allow them to see you as you are.

If you’re an actor working off a script, you have to do that within the confines of the script, the director, your fellow cast, and so much more. If you’re a radio talent working in a metered market, you’ll need to do that within the confines of what you know about the way listeners use radio, meaning that you’ll have to do it quickly, efficiently, and while making sure that what you’re doing is focused precisely on your audience.

At all times, entertainment is about striking an emotional chord with your audience.

You just can’t strike an emotional chord with your audience without letting them into your life.

There’s so much opportunity out there, so let your audience in, and find your piece of the future…and all the rewards that go with it.