What Media Should Be Terrified Of This Halloween 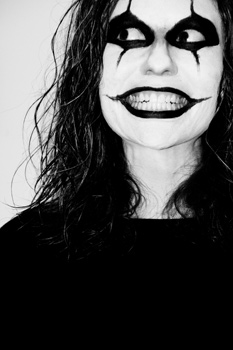 The answer is: acting like an ostrich.  And yes, this is my way of reminding you to make the deliberate choice of seeing the future with your eyes wide open rather than sticking your head in the sand and pretending that things will always be as they always have been.

It was spooky a couple weeks ago when, in the of wake of the Weinsteins going day-and-date with their Crouching Tiger, Hidden Dragon sequel to IMAX and Netflix, a Regal Cinemas spokesman declared, “We will not participate in an experiment where you can see the same product on screens varying from three stories tall to three inches wide on a smart phone. We believe the choice for truly enjoying a magnificent movie is clear.” The talking head is – in one way – quite correct. A magnificent movie is absolutely going be far more magnificent in a beautiful theater.

Unfortunately, he ignored a key detail: the choice isn’t Regal’s to make. The choice belongs to consumers. Consequently, when a huge chunk of consumers wants to consume magnificent movies on 4- and 5-inch wide smart phones, and on 7- and 10-inch wide tablets, and on massive home televisions, you’re not going to stop them. Not any more. In 1994, at the dawn of the digital era, we could lead the audience around and force them to enjoy content our way. In 2014, failure to give the audience what they want the way they want it will not serve our purposes. It will simply drive the audience away.

The House Of Comcast doubled down on the ostrich approach last week during an investor call. Here’s a quote from NBCUniversal CEO Steve Burke in response to a question about CBS and HBO announcing new SVOD services: “I don’t think distributing to consumers via the internet is an easy thing to do.”

Not an easy thing to do? Seriously? Which sounds easier to you:

The degree of difficulty in monetizing content via the internet comes from something else, but what? Is it reaching customers? Nope. CBS and HBO have plenty of easy access points that allow them to reach their audiences in order to pitch digital subscriptions. Is it cost? Nope, that can’t be it. The cost of a few bucks a month for a subscription is, shall we say, slightly less than the triple-figures monthly amounts regularly pitched to cable (and satellite) customers. This might be why Netflix, at a cost of pennies to cable’s dollar, has more subscribers than Comcast.

It’s at this point that one should bear in mind that the average American watches less than 10% of the channels provided in the typical cable bundle. In fact, Americans are paying for almost 50% more cable channels than they received five years ago and watching…none of them.

Consequently, when Mr. Burke’s boss, Comcast CEO Brian Roberts says that many buyers will still want cable bundles in the future, he’s doing exactly what media cannot afford to do.

He’s playing ostrich. He’s sticking his head in the sand. He’s hoping that the old business model will continue on ad infinitum simply because it’s the model that serves his company best.

Actually, Mr. Burke sees the big picture, and he signaled that by saying of the CBS and HBO moves, “I think it’s a voyage that, if you’re successful like Netflix, can be a way to create a lot of value, but it’s not an easy thing to do.”

Yep, it’s going to be tough to create value. So what?

The easy thing to do in 2014 is play ostrich, sticking your head in the sand and telling the world that everything is as it always was. When you refuse to compete with Netflix because you just know your distribution is better than theirs, you’re playing ostrich. When you fight like hell against unbundling while (1) you know your typical subscriber only watches 10% of what’s in her or his bundle and (2) the rest of the world is unbundling around you, you’re playing ostrich.

If you’ve been sticking your head in the sand, well, it’s time to pull your head out.

You can’t lead the audience away from their preferred viewing options, so go with them. You want to exhibit movies? Do it in your beautiful theaters. Do it on their beautiful smart phones. Hell, go everywhere there’s an audience. Start finding a way to exhibit everywhere, not just in brick-and-mortar buildings. (And yes, that will leave you competing with Netflix. Go…compete…experiment with ways to create a better, or somehow unique, viewing experience. Keep experimenting until you find something that works.)

You want to distribute audiovisual content to consumers via cable? Find a way to do that in an unbundled future without losing profits. Yep, that’s a hard one to figure out, but you’re getting paid the big bucks to tackle hard questions.

You want to stay in the print business? Find a way to make your content monetizable in the new media world. Follow the New York Times example and serve up blogs, short documentary films, and anything else you can think of to the people who buy your big bundle. (We call those people “subscribers”.) Also, hop into bed with a micropayments seller that unbundles, selling articles on a piecemeal basis.

You want to find a way to provide 21st century radio? Stop thinking solely about playing music over a transmitter to local listeners and think about everything your audience expects from you. Create unique content and use that incredible promotional vehicle you call a transmitter to tell the audience about it.

Because it’s not an easy thing to do, you’d better get to doing it.

Here, I’ll provide you with some motivation. After all, in the words of John Blutarsky, when the going gets tough…