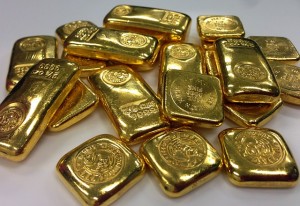 The other day, a group of friends and I were discussing whether The Jetsons Future means that the quality of productions must inevitably decline. My position – not the most popular one in the room at first – was an optimistic one. I argued that, while there’s certainly a lot of crap (much of it profitable crap) to be found these days, a lot of high-quality product that never would have seen the light of day just a few years ago is now rather prominent.

Consider Sunday night’s Golden Globes winners as you ponder the fact that, as has been the case for some years now, awards season is a time to realize how much has changed.

The two award-winners for best television series? The drama is a 10-episode series “airing” on Showtime. The best comedy/musical? Also ten episodes and distributed by Amazon. (Feel free to insert your own punchline about picking up some Hachette books and Kraft Macaroni & Cheese along with your award-winning television.)

The most-nominated series run on HBO and FX. And, of course, we would be remiss if we went without noting another award for the lead in a certain Netflix series of some repute. It’s almost quaint to see a player from a series that actually does “air” – on The CW, no less – score a major award.

Even on the film side, the best drama is distributed by a self-described indie.

Series orders are no longer automatically of the 13- and 22-episode varieties. As we noted last week, outlets are ordering series at all sorts of non-traditional times of the year.

Why would any of this lead to a reduction of quality?

Wouldn’t being able to structure your projects – whether webisodes, podcasts, or honest-to-goodness TV series or feature-length films – according to your creative needs and the availability of key players be a means of ensuring more quality, rather than less?

If you’ve got a great idea paired with great execution of that idea, well, you now have so many more outlets looking for content.

On one hand, you’ve got Boyhood closing in on $45 million in worldwide box office in six months. On another, you’ve got YouTube stars making seven figures a year. Opportunities to make money while having fun have proliferated.

Go make stuff you’re passionate about. Because you no longer need to worry about traditional details, so just worry about making it great.

Then go looking for gold.

How glass-half-full is that?