The Great Ad Blocking Freakout Of '15 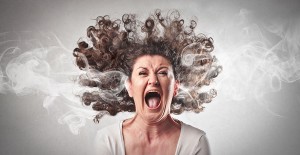 It’s been a remarkable few weeks for the internet and advertising industries, which are freaking out to a stunning extent over the concept of ad blockers.

The fun really amped up when iOS 9 hit, and ad blocker downloads went through the roof in the App Store. Not that things are getting weird, but when, in short order, an ad blocking app hits #1 in the store and then is immediately pulled by its creator, something dubious is going on.

PageFair provides some eye-opening numbers in its annual Ad Blocking report, highlighted by these findings:

One last add-on from Sourcepoint: blocking rates are a third higher in the U.S. among top income groups.

UBS, on the other hand, thinks ad blocking will “only” cost ad sellers $1 billion in revenue largely because the company doesn’t think the adoption trends will continue. (Note on that: yeah right. Internet adoption trends immediately die all the time.)

The message in this is so obvious it’s painful. Here it is – are you ready?

You can no longer force people to consume content how you want, where you want or when you want!

What does this mean? It means:

To repeat in big, bold letters: consumers/fans are not going to sit through whatever bullshit you attempt to force them to sit through in order to consume your content! They will either find ways to ignore any annoying or misguided approaches to talk to them, or they’ll move on to other content. (And if you don’t believe that last line, go ask your web developer about how quickly people punch out of web content simply due to delays in loading.)

Go ahead, make the argument that internet users are parties to an implied agreement that they get to view content for little or no cost in exchange for being subjected to advertising. You’d be right about that. You’d also be missing the point(s).

None of this changes the fact that many of us are in businesses that cannot exist without advertising revenue, meaning we need solutions, and smart, effective solutions at that.

One obvious solution is the intertwining of advertising and content so tightly that the audience can’t escape it. Even the New York Times has hopped on the native advertising train and realized that traditional media has to dive into the deep end here, much like radio has frequently done. (More on the NYT move in a later post.)

Here’s another one: Recognize that the advertising content you make has to be just as good – and just as relevant – as the place where your ads are running.

Example on that last point: not long ago, I spoke with a rock radio programmer whose General Manager was none too happy that he’d objected to a local car dealer’s commercial running on his air. It was a fantastic spot. It was a jingle that was so well written and produced that it sounded like it could hit the charts – the hip hop charts. The programmer correctly knew that his audience would have blocked that spot – by tuning out – quickly. That also means the car dealer wouldn’t be selling any cars to the radio station’s listeners either. It needed a rock-oriented jingle (and probably a couple others) as fantastic as the hip hop jingle. Similarly, to use our earlier example, the audiences for Empire and Big Bang Theory are different, so shouldn’t the advertising you run on each series be different?

Consequently, you’d be wise to invest in great creative. Invest the time. Invest in resources. Invest in creative people.

The alternative is to make advertising that your target audience blocks – through whatever technology is available to it.

Fighting the ad blocker trend isn’t going to change that, and freaking out about the ad blocking trend simply distracts you from that reality.