The Jetsons Future & The Era Of Media Convergence 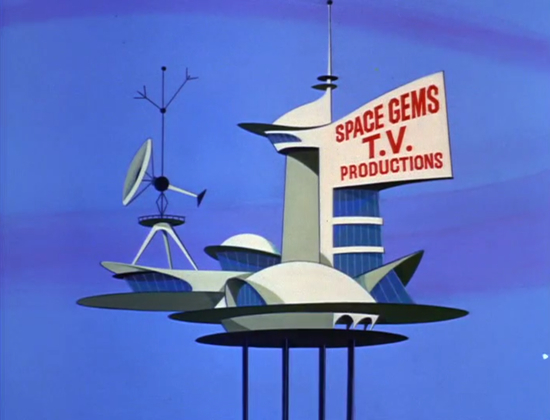 To see the future of show business – really, of all business – you need to look to the future you’ve already seen.  Surely you remember The Jetsons.

George, Jane, Judy, and Elroy had those massive video screens in every room of the house.  They watched “television” on them.  They made “phone calls” on them.  They ordered dinner, did their banking, and pretty much did the majority of their life business via those screens.  They even had smaller versions of them in their spacecars, on their wrists, and pretty much everywhere else they looked.

How do you think they received the content that they watched on all those screens?  Today, we call it broadband Internet, or in our spacecars – er, connected cars – wireless broadband.

The Jetsons was set in the year 2062.  Things are moving a lot faster than William Hanna and Joseph Barbera anticipated.  While the spacecars might not be here for a while, the real Jetsons Future – the one with the ubiquitous video screens wired to the Internet – is arriving right now, and it’s bringing massive change.

And yet, things are going to move much more quickly in the future.  Take a look at these numbers from 1950, when television was just becoming a thing, and you’ll be floored.

Welcome to the world of media convergence.

We enjoy all kinds of media, don’t we?  We love movies and television.  We still love to listen to the radio.  We listen to music and podcasts.  We read books, magazines, and newspapers.  We watch YouTube videos, music videos, cat videos, and innumerable other kinds of videos.  When you distill all this content down to its essence, you have three types of content:

Okay, so that’s all quite obvious, but I mention them now to make a point.  We tend to think of the media that deliver these types of content as being somehow different from each other.  And they are.  Sort of.  But not really.  Not any more.

Here’s the website of a great radio station.  Interesting observation: the “radio station” has a lot of content on its website, very little of which is audio-only content.  It has audiovisual content.  It has plenty of content that is, by traditional definitions, “print” content.  Similarly, here’s a great print website.  The website has lots of audiovisual content on it, which is odd, since – at least in the past – a newspaper featured text and a few fixed photographs.  Now, when I go to the website or open the newspaper’s app on my tablet or phone, I can scroll through non-fixed photos, meaning I can see slide shows where once only a single photo would have been visible. Oh, and I can watch plenty of documentary videos.

The most important words for any content creator to remember in The Jetsons Future: “The medium is the message.”  —Marshall McLuhan

How your content is delivered to, and consumed by, your users is inextricably intertwined with the content itself.

Think about audiovisual content, TV and film.  I constantly refer to a speech Kevin Spacey gave last year because he really nailed the impact of The Jetsons Future on traditional TV and film.

That, however, is only part of the equation.  Besides blurring the lines between “movies” and “television” and making the traditional pilot system an arguably cost-prohibitive business model, what else does Internet delivery do to audiovisual content?  I’m not going to regurgitate YouTube numbers – you can see them here if you want.  Let’s just say the obvious words: short-form programming.  I am, however, going to remind you of two important realities:

So you don’t work in TV or film?  Actually, in a world of media convergence, you do.

Radio broadcasters and print writers alike need to think about making compelling audiovisual content because your audience expects it from you.  They may not turn on your radio station or open up your magazine and expect anything but what they’ve always gotten, but in The Jetsons Future, the audience is going to seek you out online – and your content is already being distributed online – and the audience does not expect the same things from you online than it does when it turns on the radio, listens to your podcast, or opens up your magazine, book, or newspaper.

It’s scary stuff, sure – it’s always scary when the world changes and changes quickly.  Yet, when you get past being scared, the news is exciting.  As Katie Couric is about to realize, you can reach far more audience than ever before.   Because the audience has more ability than ever to time-shift your content, you’re not going to lose audience simply because they can’t tune in when your program is on.  Barriers to entry have fallen; now, anyone can distribute their movie, music, or book to the masses at extremely limited cost.  According to CBS, “television” advertising has higher profit margins on the internet than it does on broadcast television, making matters more profitable for producers, broadcasters, and for talent.  (Assuming, of course, we start negotiating both guild and talent agreements in a manner that recognizes this realities.)  Everybody can win.

There’s obviously so much more to The Jetsons Future than all this, but we’re approaching the land of tl;dr.

Let’s leave it at this for now: we all know we’ve entered a world of great change and great opportunity.  The questions for each of us, then, are these: